Both continuous construction technology development, as well as constant appearance of various purposes the vapour barrier membranes are used for, contribute to the generation of a need to use plenty of complicated technologies for their production.

The microporous functional film produced in the THERMOBONDING and HOTMELT technology constitutes the heart of the Eurovent® roof membranes. Its extremely thin coating of an extended mixture consists of polymer and CaCO3 chalk of over 1 mld micropores per cm2. The presence of micropores provides it with unusual qualities in the forms of watertightness, vapour barrier and windproof. Additionally, the functional film is stabilised on the UV. Due to the fact, the whole laminate has an increased resistance to UV radiation. 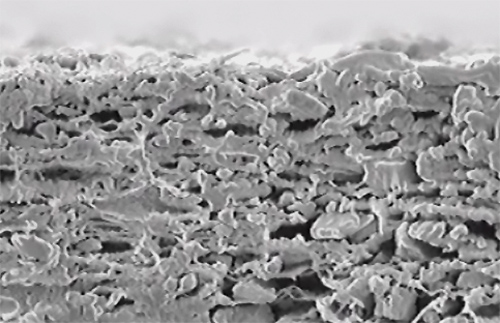 Functional film – the side view of 2000x zoom 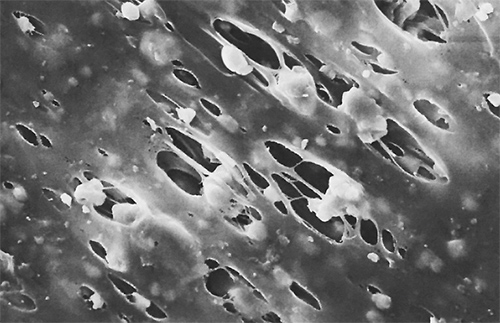